Everyone watched. Even though there were only 3 choices and maybe PBS and a UHF channel or two, there seemed to be more to watch, or maybe it’s just me.

Remember UHF and carefully turning the dial until the picture came in clearly – then you never touched that dial again or else you might lose the channel. Of course you could always move that funny half-round antenna and hope for the best. After all of that work you, still ended up with bad re-runs.

Speaking of antenna – we had one of those fancy dial ones that looked like it came from outer space. Only our father was permitted to touch it because it was complicated and expensive. It sat on top of the family’s pride and joy – a floor model color TV with a built-in stereo. It looked like a cabinet and even had legs on it. Of course it was a permanent part of the living room décor – how else would the Jones’ know you have kept up?

Color TV was a big deal, hence the NBC peacock which is still alive and well. Speaking of which – remember the horizontal hold, the vertical hold and the color dials? Why did the men of the house always manage to create green people and forbid anyone else to adjust the color?

Do you remember when everyone in the country knew when we were at war because the only reality TV was called “the News” and required that all children remain silent while it was on. Oh how I long for Cronkite.

This time of year, I would anxiously anticipate the new fall line-up of shows and hope that may favorites made the cut in the new season. Since there was no way to record a show, you either watched it when it aired or waited until the summer rerun of the episode. Missing a good episode meant that you were excluded from the next day’s conversation in the cafeteria because everyone watched and we only had 3 choices.

Wonder how we managed…

One thought on “When TV was Free” 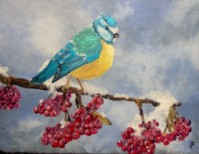 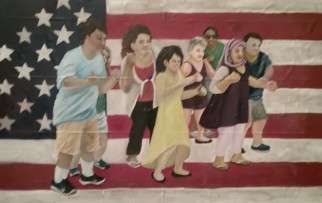